How to solve odd one out questions in CAT VARC? Excellent tips

The identification of an out-of-context sentence in a given set of statements- type of questions, are appearing in CAT exam every year. Candidates are required to correctly sequence the jumbled sentences and select the odd sentence which doesn’t fit or goes into the context. Odd one out for CAT VARC, also tests one’s comprehension skills. Over the past few years, we can observe that there are around two to three questions that are asked in Odd one out, in the exam. Let’s discuss some excellent tips to solve Odd one out questions in CAT VARC.

Among five given alternatives in these types of questions, we have to choose one which is logically out of context. So, it is wiser to choose odd one out questions over parajumbles for CAT without options, if one has to. But solving both of them requires the same skill i.e. understanding the chain of thought.

But it isn’t as easy as it sounds. To better understand which sentences wouldn’t fit the context, read good quality articles, essays or well-written books. The most effective way for a student to improve in the VARC is to practice as many questions as they can. The approach that’s best recommended involves the following steps and is fairly straightforward.

Also, Try checking out previous year papers of CAT to know about the level of questions that appear in Odd one out questions in the VARC section.

The essential tools you must have in your toolkit to tackle odd one out questions are as follows:

Understand the chain of thought: It is important to detect the flow of information when dealing with these questions. The combined paragraph formed by the remaining statements should have a central idea. In nearly all cases, this central idea is highlighted via other statements. Statements that throw light on the reason for a particular discourse or idea are said to be its context. Additionally, the presence of supplementary ideas/details makes it easier to arrange the statements. There are certain permutations that are allowed and occur frequently, and a few specific ones that are either illogical or rarely occur.

Most sentences can be classified as the introduction to the idea, arguments for, arguments against, author’s opinion or personal stand on the subject, information regarding a subject, etc. Identify the purpose of each statement, and it would determine its position in the paragraph.

Indicators like the presence of articles (‘a’, ‘an’, ‘the’) can be often attributed to introductory statements. The presence of full names or first appearance of a particular event (additionally marked by a date) also appears at the start of a paragraph. The usage of conclusive words like ‘Therefore, ‘Thus’, ‘Henceforth’ and so on can be used to end a paragraph. Hence, paying heed to such transition words will aid in determining the chain of thought for the given jumbled sentences.

Highlight the clues in every sentence: Once the opening sentence is shortlisted, look for clues in every other sentence. Connecting phrases like- and, but, however, moreover, nonetheless, etc., and articles like- a, an and the., plus pronouns like- he, she it, they, them, etc., and adjectives like- heavier, lighter, poor, etc., give lots of hints about the order of the sentences. So, those are what we want to highlight now.

A viable approach to solve the odd one out questions involves pairing the statements based on certain traits or indicators. If we can simplify the multitude of statements into smaller packets, arranging them to form a coherent paragraph becomes just a matter of time, and thus we can filter out the odd statement. We can pair sentences based on a variety of factors, as discussed below:

i. Cause-effect indicators: These words characterize the causality present in the paragraph. Suppose a specific event has an impact on another aspect being discussed in the given statements. As a result of one event happening, another event is being affected. The words frequently used to indicate these are: Due to, Since, As, Consequently, As a result, Therefore, Thus, Hence, etc.

ii. Time/Sequence indicators: These markers overlap with cause-effect indicators (since cause-effect events have a time sequence of occurrence). In many scenarios, the statements begin with certain phrases that indicate their sequence of occurrence. The time order is explicitly visible when we read such statements. They have phrases like Firstly, Lastly, Finally, Primarily, Since (a specific time), To begin with…, To conclude…, Then, Eventually, Subsequently, Gradually, and so on. We can, therefore, distinctly pair these statements based on a specific sequence by identifying such words.

iii. Comparative indicators: These are transition words that portray a comparison between two independent statements. It might indicate the similarities or the distinctions by using words such as Similarly, Contrarily, On the other hand…, However, Yet…, Although…, Likewise, Nevertheless, In the same way…, and so on.

iv. Supplementary idea markers: Use of words like Additionally, Furthermore, Also, In addition to…, Moreover, Besides…, and so on indicates that the given statement is a supplementary idea or detail to another point (main point). This helps us in grouping it with one or the other statements (often the main idea). We can also eliminate the statement as a possible contender for the introductory sentence.

i. Noun-pronoun relationship: Sentences that begin with a pronoun has to follow a sentence with the noun that the pronoun is replacing. In almost all cases, the nouns are simplified into pronouns for usage (especially when the statements include names or places). Hence, pairing these statements becomes easy since we can identify the nouns and follow them up with equivalent pronouns.

ii. Detecting antecedents and articles: The presence of articles indicate that the statement might contain a subject being discussed for the first time. This often shows that the given sentences can be potential introductions to a passage. Hence, one needs to pay attention to the use of ‘a’, ‘an’, ‘the’ at the start of a sentence. Additionally, the presence of words that indicate/replace/(add to the meaning of) their antecedents can help us in pairing statements. Words like ‘this’, ‘that’, ‘it’, ‘their’, ‘they’ and so on can be understood to precede other statements. They cannot serve as introductory sentences and can be used to pair and eliminate arrangements.

iii. Name-Surname relationship: On many occasions, the statements include names of prominent individuals and discusses events associated with them. In such questions, we can use another variable to pair the statements. Most of the time, the introductory sentence might address the person by their full name. And all subsequent statements will replace this name with pronouns or Surnames. In the case of being replaced with a surname, we can eliminate the arrangements and identify these statements to follow the statement wherein the full name has been given.

iv. Full-forms and abbreviations: Certain statements revolve around terms wherein abbreviations are used. This, too, serves as a feasible marker to distinctly pair statements (or at least identify/eliminate an arrangement). The main term has to be introduced before the abbreviation is used in a statement. It cannot be the other way around. Hence, we can infer that an abbreviation has to be a succeeding sentence involving the full form.

Identifying the odd sentence in odd one out questions, in VARC

Solving Odd one out questions require an additional step than we discussed. This is to identify which sentence doesn’t qualify as a logical part of the paragraph. A common approach that many students employ is to quickly scan the sentences and select the one which doesn’t talk about the common topic, but that is not usually recommended.

Based on the above mentioned process, candidates are required to correctly sequence the jumbled sentences and select the odd sentence which doesn’t fit or goes into the context.

When should we attempt parajumbles and odd one out in CAT VARC?

The answer depends from student to student. Many people contend that Parajumbles for CAT without options are a must attempt as they do not attract penalty. But, one should also be wary of the time spent and the average accuracy in such questions. If you are not so good with them, leave them for the later part of the paper.

Odd One out on the other hand should ideally be solved. The absolute odds of getting them correct is 20%. But with careful examination, one can eliminate some sentences which makes them much more rewarding in terms of time and accuracy.

Sample Questions – Odd one out

Let’s see an example to see how to put the tools we discussed to use:

1. Fortunately we have often been able to obtain specific and probably accurate data on heredity.
2. Of much interest for the present subject is the development of psychological studies of testimony or report.
3. Realizing that pathological lying is a type of delinquency, and following the rule that for explanation of conduct tendencies one must go to youthful beginnings, we have attempted to gain the fullest possible information about the fundamentals of developmental and family history, early environment, and early mental experiences.
4. The many cases which have been only partially studied are not included.
5. Successive cross-section studies have been made in a number of cases, and it has been possible to get a varying amount of after-history.

Here, the statement 3 introduces the idea under discussion and statement 1 continues the same point. So 3 and 1 form a pair. Option 4 and option 5 also form a pair as they discuss the same point. So only option 2 stands isolated as it talks about a point which is not discussed in any of the other 4 statements.
Hence the sentences form a coherent paragraph when arranged in the order 3154.
Whereas option 2 is the sentence which does not belong to the same paragraph as others.

1: Over the past fortnight, one of its finest champions managed to pull off a similar  impression.
2. Wimbledon’s greatest illusion is the sense of timelessness it evokes.
3. At 35 years and 342 days, Roger Federer became the oldest man to win the singles title  in the Open Era — a full 14 years after he first claimed the title as a scruffy, pony-tailed upstart.
4. Once he had survived the opening week, the second week witnessed the range of a  rested Federer’s genius.
5. Given that his method isn’t reliant on explosive athleticism or muscular ball-striking, both vulnerable to decay, there is cause to believe that Federer will continue to  enchant for a while longer.

The paragraph is about the timelessness of the Wimbledon and Roger Federer. Sentences 1, 2 and 3 are clearly the part of the paragraph.
Wimbledon – one of its finest champion – Roger Federer
Now, sentences 4 and 5 are close. Sentence 4 talks about a specific event. Whereas,  sentence 5 is inline with the idea of timelessness and hence, can be used as the concluding sentence of the paragraph. Moreover, sentence 4 appears hanging (Missing some previous statement). Therefore, sentence 4 is the odd one out. 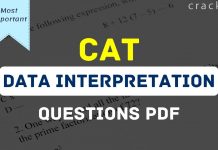 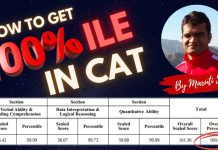 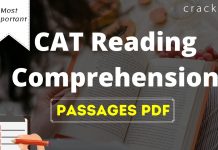