Every day, millions of critical information are floating around us in the air. To protect the privacy of the data, information is encrypted at the transmitting end and decrypted at the receiving end. Effectively what anyone who intercepts the message gets is gibberish, and some sense can be made out of it only if the key is available. Coding decoding for SSC CGL follows the same logic.

A word is encoded. Candidates are asked to encode another word using the logic used in the previous case. Cracking the logic early can reward aspirants handsomely in this topic. Candidates can prepare online for SSC CGL to score high in this section.

Let us take a look at the various types of commonly asked questions under coding decoding for SSC CGL in this post.

Most of the questions will be based on alphabetic series. Candidates must write down the alphabets and their corresponding positions to make things easy. We try to cover various questions asked in coding decoding for SSC CGL as much as possible.

If CAB is coded as DBC, then how will be BAR coded?
We can see that every letter is replaced by the letter that follows it in the alphabetic series. Hence, BAR will be coded as CBS.

Here, most aspirants will choose PRIVATE as answer had choices been given. However, we must remember that we cannot be sure whether letter H has been used to code G or I. Similarly, we cannot determine for all the alphabets that precede a vowel. Hence, the correct answer cannot be determined.

In a certain language, DESPERATE is coded as H J K I J O W L J. How will SEED be coded in the same language?

In this question, we cannot establish any relation between the position or the nature of the alphabet to the way it is coded. But we can see that E is replaced by J, S by K and D by H. Hence, the answer is K J J H.

Just as a food for thought, try to calculate the number of possibilities if each alphabet from A-Z is assigned to another unique alphabet.

If POSTBOX is coded as RNOTYPC, then how will be PACIFIC coded?

This is a tricky one. SBI is known to ask such questions. The solution is given in the image below.

Using similar logic, PACIFIC will be coded as BZOIDJG.

How to tackle set based questions in coding decoding for SSC CGL:

SSC asks set based questions. The first thing to do in such questions is to draft a table. As mind can remember only a limited number of items, it is essential that you have some point of reference. Otherwise, the data remembered while solving the first question cannot be recollected while solving the last one which results in solving the problem multiple times.

To know about the other type of questions, aspirants can read Reasoning for SSC CGL. 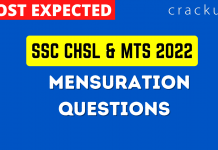