Consider the information provided in the figure below relating to India’s foreign trade in 1997-98 and the first eight months of 1998-99. 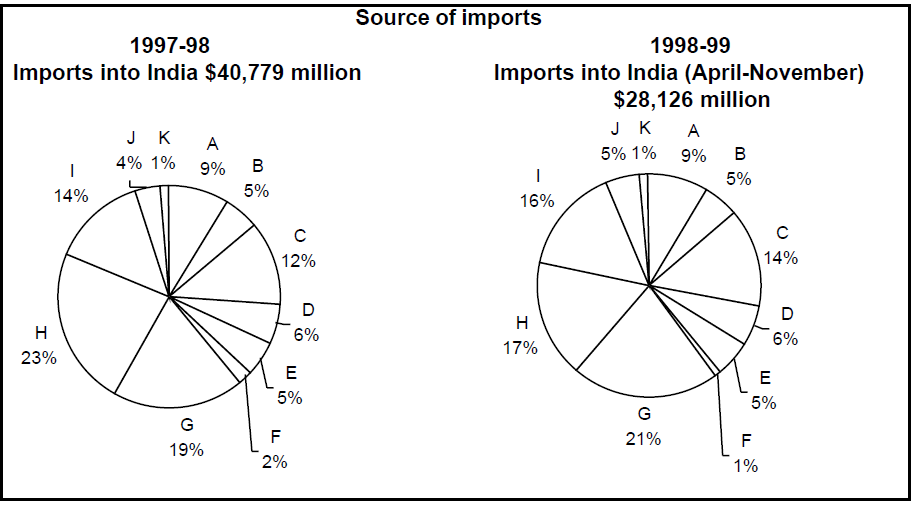 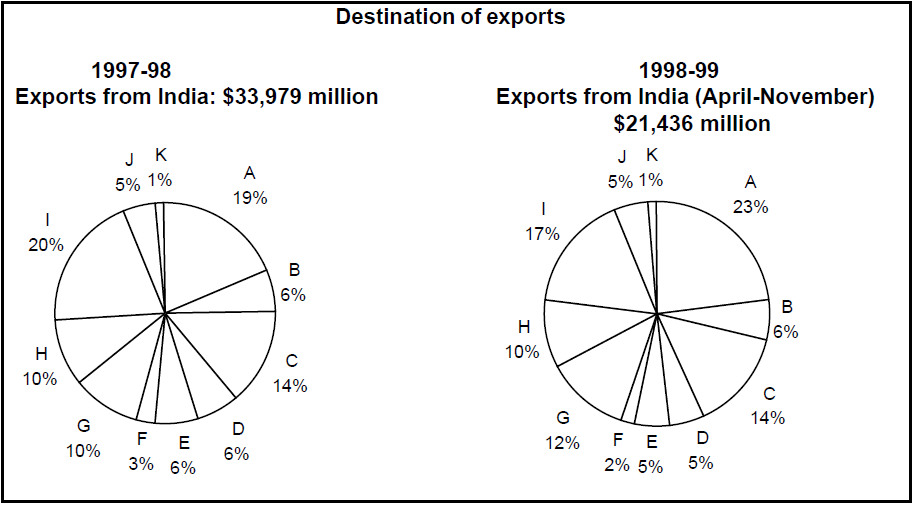 What is the region with which India had the highest total trade in 1997-98?

In 1997-98 the amount of Indian exports, in millions US $, to the region with which India had the lowest total trade, is approximately

What is the region with the lowest trade deficit with India in 1997-98?

Assume that the total exports of 1998-99 is double that of the exports done in April-November. What is the region to which Indian exports registered the highest percentage growth between 1997-98 and 1998-99?

A. Other East Europe

D. Exports have declined, no growth

The four major trading partners with India in 1997-98 are A, G, H and I.
From the numbers, we can ignore the others for this questions.

In order to find the trading partner with the highest trade deficit, we have to look for countries from whom India imported a lot but exported little.
The two countries which are important here are G and H. However, the exports to both are the same. But the imports from H are more than the imports from G.
So, the trading partner with whom India has the highest trade deficit is H.
The amount of trade deficit equals 23%*40779 – 10%*33979 = 5981 mio ~ 6 bn 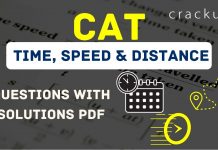 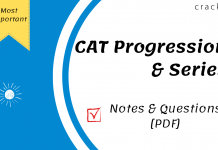